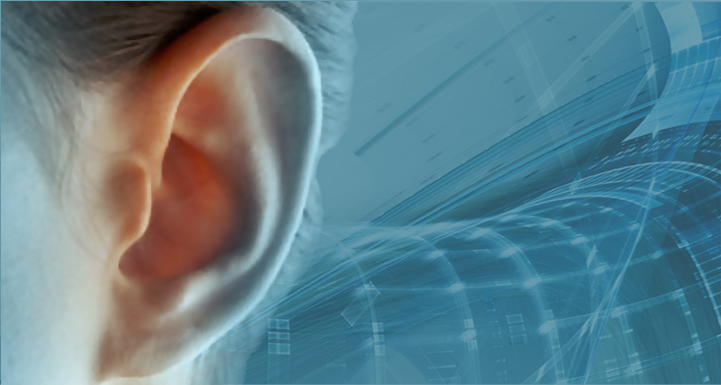 Otosclerosis is an ear disease where the stapes of the ear does not have the ability to move in a free way in the oval window, as it normally should, so the normal transmission of the sound is being interrupted having as a consequense loss of hearing. It is an inherital disease (one of the parents usually suffers from the problem), it is more common among women, at the age of 30-40 and deteriorates during the pregnancies. It is a very demanding operation and can only be performed by specially trained surgeons

Stapedotomy & Stapedectomy is the removal of the infected bone (stapes) and replacement with a special prosthetis of teflon or titan. The incision is made in the external ear canal and is not visible.

Huge improvement of hearing ability, immediately perceived, getting better after the removal of packing (1 week after the surgery) and even better after 3 months time

No, there cannot be any other operation the same day

It is the condition of the ear in which the smallest ossicle (stirrup) of the ear is not able to move freely in a window (oval window) as would normally, thereby interrupting normal audio transmission, and there is a decrease of hearing.

When does the otosclerosis appears?

Usually in women aged 30-40 years and deteriorate during pregnancy.

Is otosclerosis a Contagious disease?

No it is not contagious. But it is a hereditary condition and usually one of the parents suffers from the same problem.

What are the differences between the surgeries of stapedectomy and anavolotomy?

In both surgeries the aim is the removal of diseased ossicle (stapes) and replacement of it with one specific addition of teflon or titan. When we remove part or all of the plate,then we have partial or total stapedectomy relatively. When we make a hole in the plate then we perform anavolotomy surgery.

The surgery leaves a big scar?

The incision is made through the external ear canal and is not visible.

Will I feel pain after surgery?

No.There is no pain and no painkillers are required

When shown the result of surgery?

One week after surgery and after removing the capping is obvious improvement, and is expected to further improve in the next three months.

Can I get an airplane after surgery?

No. Avoid large variations in pressure in the middle ear (sneezing, cleaning handling) as also in the environment (descent from high altitude and boarding on a plane) until complete healing. Minimum of 3 months. After review and once that is complete healing, patient can take plane.