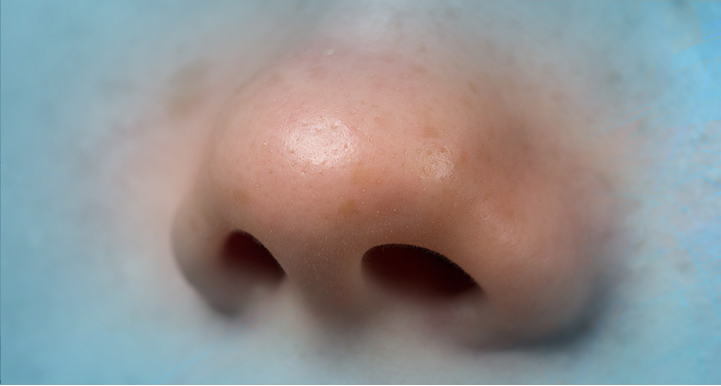 Normal breathing is executed by nose, which filters, moisturizes and controls the temperature of the air we are breathing. So it can be properly performed, it is necessary that there is enough space for the air to pass and no narrowings or obstacles in its way. A very common barrier is the development of polyps, which come from the physical cavities of the face called paranasal sinuses. When those polyps grow so big that the opening where air goes through gets extremely narrow, then difficulties while breathing appear. Further more polyps are usually related with repeated infections of the upper breathing system and allergies. Removal after one point is imperative and can be done with the use of conventional equipment, microscope, endoscope or/and navigating system (Navigator) depending the extent of the problem. If a nasal septum scoliosis co-exists as also nasal concha hypertrophy there can be a combination of these operations for the better possible result. The operation does not aim to eliminate the problem, because this is impossible, but to remove the polyps grown in the cavities of the nose and to broaden the natural openings of the paranasal sinuses in order to avoid any relapse. The combination of the operation and post-surgical treatment of the internal part of the nose, as also the examination of possible allergies or irritant factors gives us the better possible results. Possible relapses after a succesful operation can be easily confronted on an external base under local anesthesia.

Polyps removal (pathological tissue) under conventional sets, use of microscope, endoscope or/and navigating system (Navigator) depending the extent of the problem and sending for histological examination. Most of the times there can be nasal concha cauterisation of both sides. There is no visible scar of the incision

Discharge 6 hours after the surgery. In combination with other surgeries such as UvuloPalatoPharyngoPlasty (UPPP) discharge is given the day after.

Immediate results, removal is safe and can be easily ascertained by the patient who can watch the operated nose on video

Many times inferior concha cauterisation is being done rather than inferior conchotomy, which is more rare. We usually make septoplasty (removal or repositioning of the deviated part of the nasal septum) while for the confrontation of sleep apnea and snoring it can be combined with adenotomy, tonsillectomy, UvuloPalatoPharyngoPlasty (UPPP) or simple uvuloplasty.